Failure to evolve from Brexit to Washington

I saw the Theresa May went ballistic at dinner, at least that's how one media source reported it, because the EU is going to play Hardball.  Like that shouldn't have come to anybody as a big surprise.  Of course, Boris Bonehead, one of Brexit's champions, never said things might get really, really difficult, that's not how you win voters.  You win votes by telling people what they want to hear, "Brexit will make England Great Again."  I don't think they wore cute little, red baseball caps they way the did over here, but that was pretty much the tag line.  The problem is that the UK is great except in the minds of some people, those who long for the good old days.
We have the same problem in the US.  We have an Idiot in the White House who campaigned on the same promise and appealed to the same kind of people, those who hate change.  They want the bi-lingual signs gone since they're a reminder that not everybody speaks English.  There are some who want to label all of these people as racists, and while a lot are, there are a lot that aren't.  They're from rural America where towns might have one or 2 black families, or Hispanic families, and no one from the Middle East or India or Asia.  These people don't deal with change at all.  They believe you need to treat minorities differently, that they get special treatment.  They want to take America back to the 1950's where segregation kept them safe from change. 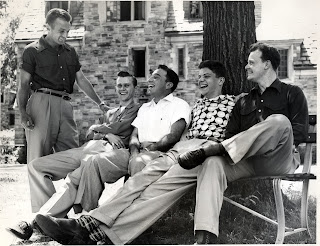 Unfortunately you can't turn back time.  In fact, what we're seeing is Darwinism, the survival of the fittest; those most able to adapt and change.  Those who don't, the ones who wear the red baseball caps, who fight change, will inevitably die off.  It may take them a while.  And, occasionally they may create a bit of a disturbance, but time is working against them and their past tense ideals.  If you can't evolve you'll die off.  We're seeing that now, whether you can believe it or not.