So, yesterday we had snow... in fact, for about half an hour we had 'white out' conditions.  And then in the afternoon it began to rain.  We haven't had rain for a while.  They're calling for more rain today.  Forecasted high temps are in the mid 40's (F) for the next 2 weeks.  Accuracy is not always the forecasters forte.

This morning I get to drive down to the Lebanon VA Hospital to get my 2nd shingles shot.  The drive is nice.  I get to think and listen to music.  I have Sirius XM and they recently sent me a survey, which I promptly filled out.  They're desperately trying to be Amazon Music... they're not.  I only listen to the alternative station and not only do the DJ's aggravate me, I find I'm paying for a lot of repetitive recorded programming.  I'll end my subscription in a couple of months, when the cheapo deal they gave me runs out.

I rode 11.14 miles yesterday in the Rhone valley.  The ride wasn't hilly, which I like.  For the time being I'm going to alternate between the treadmill and the bike, so when I get back from Lebanon I'll put a few miles in on the treadmill.  I'm up to 3.2 miles per hour. 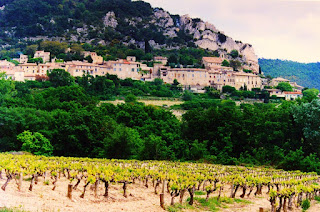 Now, I don't watch The Daily Wire because it's filled with Cracker Jack Crazy Quacks like Candace Owens.  She fits right in with Ben Shapiro's team of authoritarian conservatives.  Loser #45 loves The Daily Wire, possibly because they offer him free diet Coke whenever he makes an appearance.  It was on The Daily Wire when he bragged about creating 3 (that's right 3) vaccines and told Candy that vaccines were good, that it's the unvaccinated who were getting sick and dying.  Well, he also said he was against a mask mandate in schools while on that show and, of course, Candy jumped on it, comparing American kids in schools with the Chinese.  Of course, Candy cackled when Loser #45 told her Chinese schools rated much higher than American schools.  She crackled when he said, and I paraphrase, "their schools are rated third in the world, while ours are rated around 44."  Ouch.