Well, if it isn't Thursday morning, and, as usual, we're heading into a forecast of showery, drizzly, and a not so very dry day.  Oh, and I have to work for 5 hours.  That shouldn't be too bad because of the weather.  If temps were a little cooler we'd have snow showers on and off.  They don't seem to be occurring in the the next few weeks.

The dogs are still sleeping.  Blame the weather.

I went to see Ghostbusters, Afterlife last evening.  It was very enjoyable.  There are some important cameos, in case you didn't know.  If you don't, I'm not going to spoil anything.  Paul Rudd, the handsomest man alive is funny in the beginning, but then... well, not so funny, and not in a not so funny good way.  That's the problem with most of the cast, but then the writing loses sharpness, at times blunting through the minutes.  I do have to mention the 2 standout performances, though: McKenna Grace as Phoebe, and Logan Kim as Podcast.  These 2 young actors steal every scene they are in.  They are funny and they are smart.  I get the impression the story was written about them and everything else was added as filler. 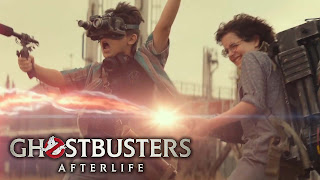 Interesting discussion yesterday.  Keep in mind that while some of you are activists, I am not one, except when it comes to politics.  As such, I do not follow activists on social media since there are times when they tell you what you desperately want to hear.  While being terribly opinionated, those opinions are mostly centrist, except for politics, and as such may rub some of you the wrong way.  That's fine.  Discussion is good.  Eliminating discussion leads to blindness.
On the shooter in Michigan:  so much information is coming out, and it's bad.  While no one in the media is saying it, the kid appears to have been radicalized by his parents... in a bad way.  They had been called to the school earlier in the day to discuss behavioral issues and his mother complained about 'immigrant children' in the classrooms.  I suspect most of us can surmise their political leanings.