Quick entry here because I have to be at work by 0930 and chose not to get up at 0500 to read the morning news, write this, and suffer through my morning ablutions.

It was terribly slow yesterday afternoon at the store.  They're calling for rain today, so I suspect the same may be true.  How do I spend my time?  Doodling around, taking notes, and researching things on the computer.  I've had a number of thoughts about winter on Mackinac island: the wind, the snow, and the ice.  For some odd reason, I thought the place shut down.  I was wrong.  There are people living in the community all year round.  And, of course, I do need to find out if there winter cycling.  Interesting.

One of the things I read about the Chumbley's capture, was that they were described as being distressed.  That's it.  Simply distressed.  An assumption was to be made since no reason was given.  This is important.  Were they distressed because of the son?  Or, were they distressed because they had been captured?  They are two totally different things.  Or, adding to the mix, were they distressed because the were more concerned about their own asses and the jail time they might potentially face?  I think the answer lies in finding out just how selfish they are, I mean, let's be honest here.  On a scale of 1 - 10, with 1 being the least and 10 being the most, most Conservatives are a 10 when it comes to selfishness.  Notice how I didn't grade intelligence since it's obvious this couple is scraping the bottom of the barrel. 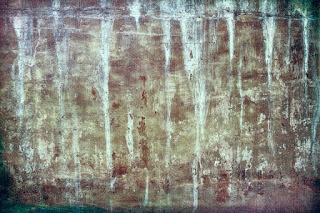