The many facets of 'duh'

Well, it's Saturday morning and I had the alarm set for 5 AM... and the dogs got me up a little after 4...  this is how it goes sometimes.  They don't realize that when I leave the house for work I'm not going to some cushy place to take a nap, which is precisely what they will do.
One of my fellow flooring associates had a family emergency in San Diego.  That means today it's just going to be... me, on a Saturday, our busiest day of the week.  Don't that make my day?  Tomorrow I'll have a part-timer helping.
The Mueller investigation is complete, for those who have been living under a rock.  The big news?  No new indictments, but then you can't indict a sitting president.  He needs to be out of office for that to happen.  Interestingly enough, Kellyanne's husband says this is the real reason the Idiot Jerk is running for re-election.  The second our new Democratic president is sworn in the Idiot Jerk's head is on the chopping block, as are the heads of his spawn.  Prepare now for a massive exodus.
And, of course, everyone is laughing at Devin Nunes... that asswipe.  This guy needs to be exiled to the "Forest of No Return."
A couple of writers at the LA Times have started wondering if both the Republican Party and Faux News are beginning to realize they have entered a morally degenerate place.  Believing their thesis depends upon whether you accept the Senate's rebuke on the Idiot Jerk's national emergency and the suspension of that racist Pirro by Faux News as events of substance.  They might be... on the right track.  I suspect both the GOP and Faux News are beginning to understand something is wrong, unfortunately at this point they still think their problems are superficial.  They are really good at swallowing their own lies... they've been doing it for years... and years.
Today they're going to be bringing lots of food in to the store as part of our Success Sharing.  They started handing out our checks out yesterday.  I have Direct Deposit so mine will go right in the bank.   However, there were four who desperately needed to get their hands on their check.  Not surprisingly, they also voted for the Idiot Jerk in the White House.  Greed, you know?  One of them complained about the taxes.  Because I am who I am, I responded by saying, "if you know what you're doing, you will get that tax back in the spring."  He sat there, a clueless look on his face, the look of someone who voted for the Idiot Jerk in the White House.  More and more we seem to be seeing that look so easy to summarize in one word:  "duh" 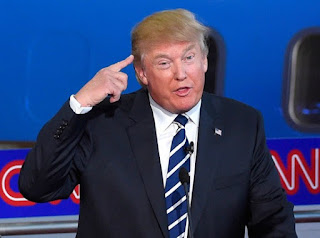