The Time for Dicky Dunkin '

Okay, so this is my first morning using my new writing table.  It has wheels.  It rolls... somewhat.  My keyboard fits nicely on it allowing me to sit back and write.  The only thing it's missing is the mousepad table, a little shelf that juts out to the right for my mouse.  The bracket used to attache the little table was not included.  Shit.  So, I sent them an email last evening.  There was an 800 number for Customer Service, however that just took you to a General Voice Mailbox.  I did, of course, let them know that is an inappropriate way to handle Customer Service.
Weather wise, we have about 3 more days of hot weather.  That's right, our thermometer goes up into the 80's... still.  And it's October.  This is that time of year we are supposed to be getting close to Indian Summer.  This is the time of year I also remember that cute little porno poem I learned years ago:

As you might presume, my youth was rather... ribald.  Or maybe it's not a poem, just a cute little rhyme.  I'm sure a lot of you recite something similar every autumn.
I heard that the Idiot Jerk in the White House apologized to Brett Kavanaugh last evening... ain't that a hoot?  While I was listening to the news this AM, there was this small bit about how the women in America are furious with both the Idiot Jerk and the GOP... which is an even bigger hoot!  Republicans just don't get it.  Neither does that crazy religious faction which makes up their base, you know?  The cult that believes a woman's best place is in the home, making babies and baking cookies.  The ones who think a wife's main goals is to make her husband feel superior.  Sure, she can go out and get a job if she wants to help supplement their income, but she better damn well not get paid better than her husband.  That group which totally denies the evolution happening around them because it's not in their holy texts.
Anyway, they're in for a bit of a surprise come November.  Right in the middle of dicky dunkin' season they are going to be rather painfully dunked.  Ouch! 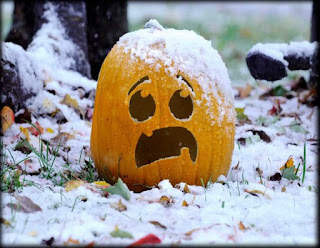 Can't you just hear the Idiot Jerk saying "what do you mean women voted against me?  Don't they know I'm the greatest?  Even the Chinese say I have a very, very large brain."