So, the dogs got me up this morning at 0430.  Earlier then I usually get up.  My back was, as usual, stiff, and they didn't want to be patient.  When doggy bladders are full, doggies want to go... badly.  Like me, they can be impatient.  So they sat staring at me for 15 minutes while I let the heating pad get in its morning work and loosen up the sticky parts in my back.  Mostly, they were very patient.

While working on a new book, one of the things that happens is every new chapter gets printed off and put into a binder.  That way notes can be made directly on the manuscript and there isn't a rainbow blizzard of post-it notes covering my desk.  Three days ago there was a problem with the printer.  Emails printed, nothing else.  Can we talk about frustration?  Nothing is more frustrating then having a routine crash.  The problem turned out to be the printer had gone offline.  I'm blaming one of the many Microsoft updates being done as they prep for Windows 11. 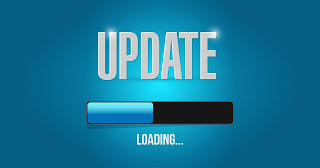 In other updates:
The little rally protesting the arrest of those involved in the January 6 attempted coup turned out to be very little.  One report noted there were more media people present than protesters.
The Newsom landslide in California should not be seen as a bell weather moment.  He avoided recall by almost exactly the same amount of votes as he got when he won the election.  Translation?  Republicans did not cross the line.  Minority groups don't win elections... normally.
The 2020 Census is beginning to create a morass of gerrymandering changes in Republican states.  Prepare for lawsuits.  The minority Republican party will never understand their attempt to force the country down a conservative path will lead to anger, frustration, and upheaval, and they are the ones who will end up paying the price.
Vote blue.