This is such a weird weekend.  Not until I overhead someone talking about this being a holiday while at work did I realize we're supposed to be celebrating Labor Day.  This isn't to say I wasn't aware it was approaching, for some reason I just didn't realize that for some, this is going to mean 3 days off.  I get my 3 days off next weekend.  That's the way the schedule worked out.  And, oddly enough, I am off tomorrow, which is the holiday.

Last evening, as I was working on The Body in Repose, my wireless keyboard died.  At first I thought the batteries had run out of juice.  However, after replacing them, I realized the batteries were not the problem.  I'd power it up, the green indicator would light up, and then a few seconds later, that light would go off.  So, I did what seems to come naturally to me these days, I ordered a new one.  The reviews are mixed.  As long as it does what I want it to do, I'm fine.

And that portable heating pad I ordered?  Well, it's not portable, but it does massage with heat.  Woah.  I plugged that baby in last night and almost fell asleep in my chair.  And this morning?  While I'm still stiff, I'm not dealing with serious back spasms.  It's the things we don't think of sometimes, like massage therapy.

Let's take a moment of silence for Willard Scott.  He may not have been the best weatherman on national TV, but he was entertaining.  I'm one of those who can claim to have practically grown up with Willard Scott. He was your perfect host.  This is what aging is, for those of you who don't know, leaving familiar things behind. 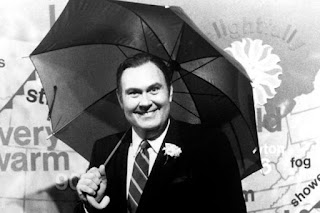 And what about that Cracker Jack Crazy Jose Oliva?  He's that loony Florida representative who called women 'hosts.'  I don't know about you, but when I hear host in regard to another life form, I think of parasites.  True, the word host has many definitions, but Oliva wasn't talking about hosting a Tupperware Party, or, if you want to strain for an analogy, the eucharist.  Nope.  He was talking about women who host another lifeform in their womb.  I think of movies like Alien.  And tapeworms.  Not babies.  I think that's rather degrading of women.  You do know that in his mind, women will never be anything more than hosts.