And the weekend has begun.  For me, that's a working weekend.

Yesterday, I set up the hours I'm available to work.  There are only 2 days in which I cannot be scheduled.  Being a part-timer means I will never have to work on Tuesday and Friday.  For the rest of the days of the week I'm open between 8 am to 8 pm.  Remember, I can only work around 25 hours a week.  Since there are 2 other full time Flooring specialists, I will probably be covering their days off, so I'm figuring I'll be working 3 days a week to cover their days off.

Today is the last day they are forecasting to be in the 80's (F).  The autumn equinox is upon us.  Last year we had fairly warm fall season. Not much rain.  That's fine.  We really don't need anymore rain, though they're calling for showers today.

And what about the brouhaha between France and America.  They had a deal with Australia who it seems pretty much reneged on it.  Submarines.  68 Billion dollars worth of subs.  That's a lot.  I'd be pissed off as hell, too.  But if I read correctly, the deal is actually between the US, Australia, and the UK. And I don't hear them shrieking at Boris Johnson's government.  So, now we're selling Australia the subs (ours are nuclear), but it's not like Americans in general are going to make any money.  Really, I think they should blame China. 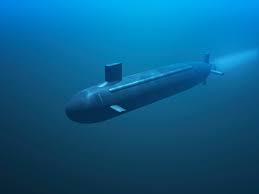 Oh, I almost forgot, today's the day they gather in Washington to celebrate their failed coup.  Losers all around.  The fact that so many Republicans have jumped aboard the Big Lie train tells you quite a bit about them and none of it is good.  They began selling off their souls a long time ago.  They really have no concern for human life.  They deny climate change.  They focus on greed.  They cite religion and then side step it constantly.  They have no problem walking over the downtrodden.  They idealized their own image and turned it into a deity.  They are a dead end and nothing more.  And the culmination of all of these traits is to die off because they turned the idea of being safe into a political position from which there is no escape.