So, it's Monday... a holiday, no less, and I get to work.  We didn't get any thunderstorms, however the sky is overcast and from time to time we have a drizzly, misty, rainy, shitty weather.  And it's not really supposed to improve.  I'm off on Wednesday and Thursday, the weather was supposed to be sunny, but now we may be dealing with Albert.
Blogger has done some changes... one that apparently is not too popular is their notification system.  Prior to the change I'd get an email when ever someone commented... that no longer happens.  Now I actually have to sign into the blog and click on the comments button.  Another thing that's going away are the polls.  Never used them myself.  In fact, I'm not really a poll person... well, I guess I should clarify that since it depends upon the pole.
The Idiot Jerk has also been Tweeting up a shit storm this past weekend.  My, doesn't this guy have a lot of anger and hatred inside.  I hate to rain on his parade, but... well... things aren't going to get any better... ever.  He's a corpulent loud mouth who's realizing just how expensive loyalty can be.
One nice thing about to day is they're feeding us at the store.  They used always grill burgers and hot dogs, with potato and macaroni salads, chips... you know?  the picnic shindig stuff.  However, that's changed.  Today we're getting Dickey's barbecue.  Someone in management loves Dickey's.  You will notice I'm not advantage of that name.  You can all have fun and create your own pun.  As I said when I heard they were serving us Dickies.... What the hell!!  That was followed by... you mean the phony turtlenecks?  Of course, I was joking.  Which is almost as funny as standing in a gay bar and shouting "Will the Real Dickey please stand up!"
For those who don't find that funny, now might be a good time to shower off. 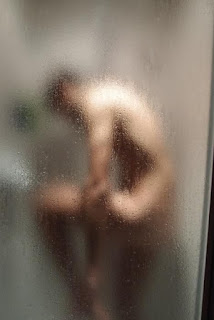 Oh, and for those of you who don't know, here's a picture of a red dickie. 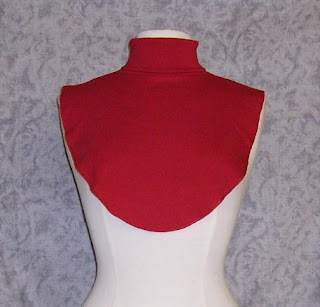