There was no surprise yesterday when the Idiot Jerk in the White House pulled out of the Iran Nuclear Treaty.  This was the expected step from the egocentric douche a minority of Americans managed to get elected.  White Republicans have removed another of Obama's, our first black president, achievements.  They will tell you racism has nothing to do with it, but it does.  They will also tell you that the Idiot Jerk, in spite of 4 bankruptcies and who knows how many failed deals, is a deal maker.  That is really a major part of the Idiot Jerk's problem.  He loves to sell himself as being shrewd.  Just like he loves to sell himself as being very, very rich.  And the GOP does love their phonies.  This is their mindset.  They are so terribly wrong.
Every Republican president since Eisenhower has left the economy either shattered or in tatters.  And every Republican failure has been blamed on someone or something else.  That's how their disinformation works.  Someone else is always at fault.  The truth is Reagan's Trickle Down Economics was a bandage program at best and why it began failing halfway through his 2nd term.  No matter how bad things get they refuse to admit their policies are subpar.
Get ready, gas prices are going to go up.  The $$$ you spend are the pump are going to increase... dramatically.  That's another fact.  Every time there's a Republican in the White House gas becomes expensive.  That's because the oil we pump out of Texas and Oklahoma and Kansas and Alaska gets sold overseas.  Oil companies make more money exporting than they do selling to Americans.  That's a rather sad statement, but clearly defines American Capitalism.  It's all about the buckos.  Oops, there goes that great tax cut.
On a lighter note - I rode 13.7 miles yesterday.  Sorry, no sweaty photos.  This morning was going to be free weights but that didn't happen.  I also get to go to work today.  And then I'm off tomorrow.  Of course, then I will have to work for 5 days in a row.  That' sucks.  Then it will be 2 days off and then... are you ready for this?.. I'll get to work 6 days without a day off.
We are approaching our Memorial Day weekend which is... our busiest weekend in the year.  And you though that was the Black Friday weekend.  Nope.  Gas grills and mulch fly out of the store.  People by $1000 patio sets.  Everybody wants a freaking bamboo blind... we don't sell them in the store, sorry.  This means I'm going to be putting in pretty many hours, but then we head into June and things begin to slow down.  That's when I'll move back to 32 hour work weeks.
After yesterday's sour announcement by the Idiot Jerk in the White House... remember, November is approaching much faster than the GOP wants.  They already know they're going to lose the House.  The time has come to take back the damn Senate and cook their asses. 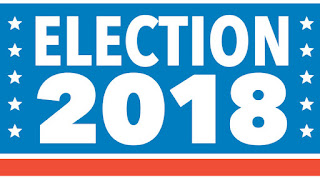