Some guy named Gorsuch is up for a Supreme Court position, and Mitch McConnell says he will be confirmed this week, even if the Republicans have to pull the their Nuclear Option, which would stop the Democrats from filibustering the nomination.  Doing so would be a horrendous mistake for the GOP... and, of course, most of them are too stupid to know this.  You see right now a majority of Americans view the Idiot in the White has poorly, in fact is approval rating is terribly, terribly bad.  After years and years about hating the ACA, shrieking how they were going to repeal it, and the Idiot in the White house bragging about how he was going to do this in the first 100 days, they failed in a very public way.  To put this in a more simple vernacular, they shit in their pants.
And now the Gorsuch nomination is upon us and this very unpopular party, and their very unpopular president are threatening to go Nuclear.  This is the kind of thing dictators do, you know?  We're in charge, so screw you.  Making this even more worse for the GOP is the fact that now 3 Democrats have said their going to vote for Neil, which makes going Nuclear a purely partisan play.  And America is watching.  And a majority disapproves.  But do you think that matters to the GOP?  Of course not.  Since they managed to get their Idiot in the White House, they're going to do exactly what they want, no matter what the majority think....  Do I smell another pair of shitty pants? 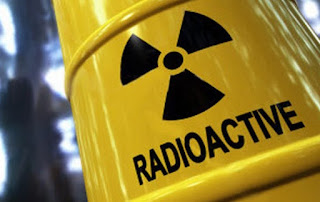 And as I'm typing this my phone and monitor are turning into little Christmas trees with news flashes of bombs going off in St Petersburg... while the Idiot's bro Vlad is in town.  Not good for Vlad.  Sometimes this is what happens to dictators.  Of course, the Idiot's going to blame it on either fake news or the Hilary Clinton... isn't that what he always does?