On Monday night, around 11 PM, my friend Patty sent me a text.  "At the hospital with Mom, they say she's not going to live through the night."  Her Mom is 86 years old and bedridden. Since I get up very early, I sent her a sympathy text, planning on calling her later in the AM.  Around 9 she sent back "This is not a good day, I've been to 2 banks and the Funeral Home."
Now, I've known Patty for 9 years, she's a part-time cashier and one of my movie buddies.  Since we both work at the same place, when I got to work I told that her Mom had passed.
And they sent her a sympathy planter.
And then yesterday I found out that her Mom was still alive, that she hadn't died in the early hours of Tuesday morning, that she was still "hanging in there."
Now there are times when my sense of humor boarders on the macabre, so when HR told me that I started to laugh.  Some people didn't like that.  In case you're wondering, Patty thought it funny as well.  She said she was going to send them a card reading "my Mom and I thank you for the sympathy planter."  This is how it goes sometimes. 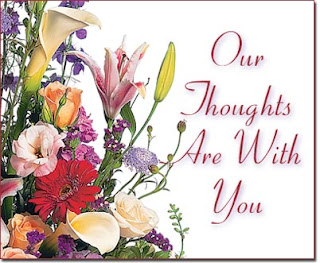 Segue into the Idiot's attack on Sanctuary Cities and the inevitable judge who declared that attack illegal, and, I believe unconstitutional.  And, of course, the Idiot is Twittering mad.  And only his minority group of supporters is upset.  He is so stupid.  The minute he verbally  attacked the Judge in the Trump University case, the Idiot shit in his pants.  While not all Judges see him as a marked man, the majority do, and they will repeatedly stab him with their steely, little legal knives.  This is what happens when you're an Idiot...  that, ant your campaign promise of a boarder wall gets put on hold by the very party you're representing.