So, there's a special election today down in Georgia and even the Idiot in the White House is paying attention.  You see, the Idiot is not that popular (most Idiots aren't) and this election looks like it might be close.  And the GOP isn't happy.  If the Democratic candidate Ossoff gets 40% it'll go into a run off election - something they don't want.  You see, the Idiot's approval rating is low now, what happens if it drops even farther by the time the runoff election rolls around... and we all know it's not going to be improving any time soon.  You see there's a thing called the budget they're going to have work on, and the bad vibes coming from that showdown are already rumbling through the ground beneath their feet. And, if they happen to receive a drubbing today?  Well, that would rub their stinky little noses into their own agenda, not that they would learn any lessons.  Idiots rarely learn anything, that's why they are now, and will always be, Idiots. 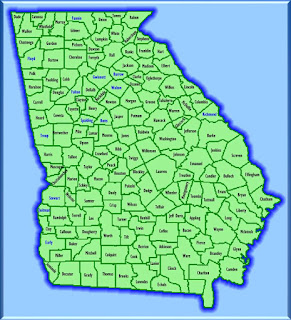 And losing this special election wouldn't really do anything to stop the Idiot.  He and his party are like lemmings rushing headlong towards their fatal agenda.  There's nothing they can do to stop themselves.  In fact, it might speed them on their journey.  The more that run over this political cliff, the better it will be for America.