Fleas and ticks and worms, oh my

When I took Sig to the Vet for his first visit they loaded me up with brochures just to make me aware of all of the options out there for pet owners.  Some, like the one on Lyme disease, I tossed as soon as I got home.  Others I read through.  Since Sig is my 3rd puppy, most of the info is mere repetition. Others, like the one for Home Again, a micro-chip service for dogs and cats, I read through and then tossed.  My yard is fenced in with two gates, both of which are padlocked.  In the state of Pennsylvania, Rabies is a required vaccine, so he'll get his Rabies shots. 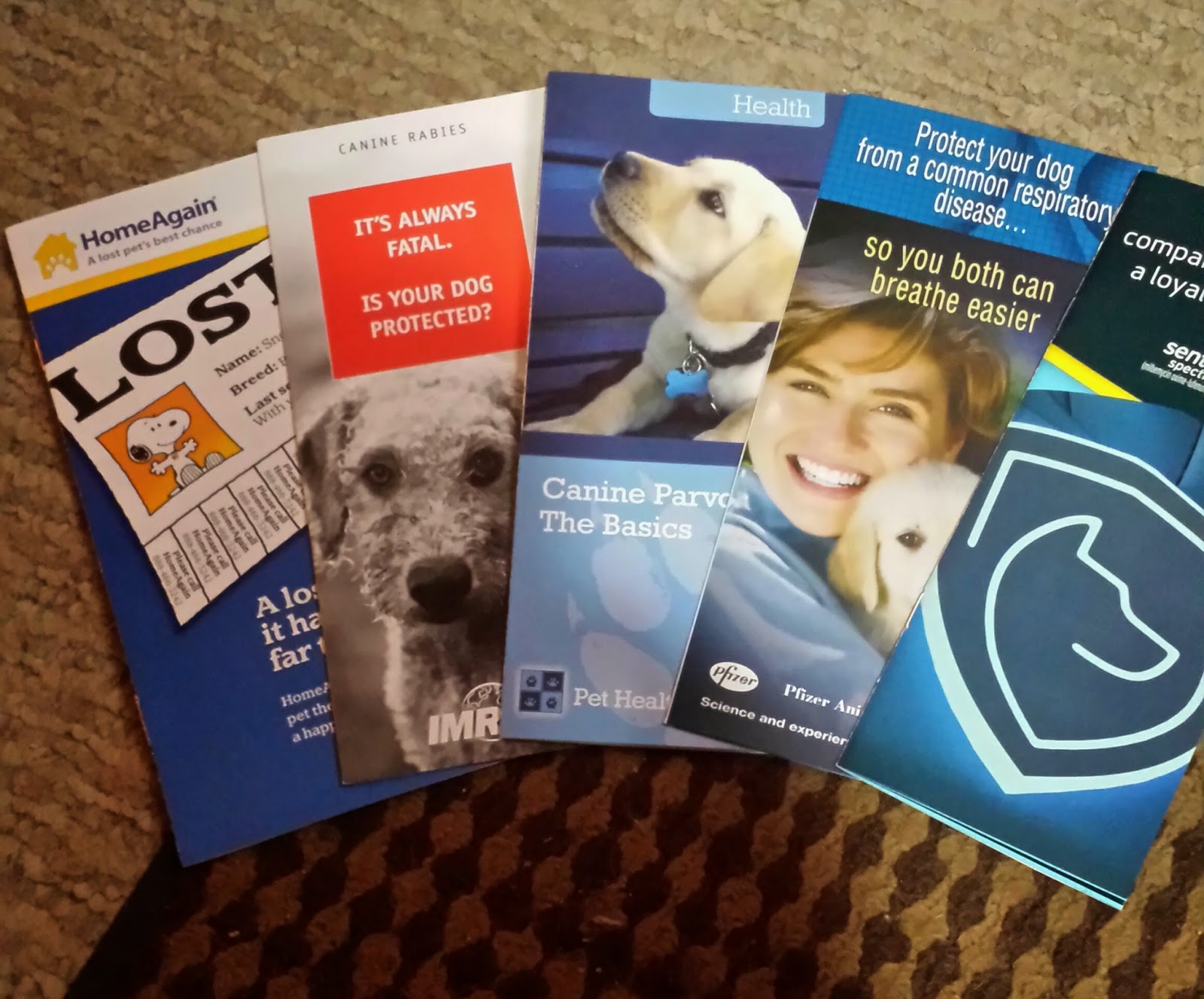 The Parvo vaccine isn't mandatory, but it does pop up from time to time in the area, and it's pretty much a puppy vaccine.  The Bordatella vaccine?  Again that's a nope.  For those who don't know, it's also known as Kennel Cough.  If my dogs are ever going to be kenneled, then they'll get the shot.  The last brochure on the right, the one that's half out of the picture?  That's for Sentinel, a soft, chewable which protects your dog from heart worms, roundworms, hookworms, whip worms, tape worms, and fleas... fleas?  My dogs are already on Frontline Plus, a topical which protects them from fleas and ticks (including the dreaded deer tick which spreads Lyme disease).  So why would I want to give them a chewable that does what the Frontline Plus does?  Heartgard takes care of the worms, so does Iverheart, the generic form of Heartgard, both of which are less expensive then Sentinel.  I will probably go with one of them.  For those interested, Heartgard and Frontline Plus are both made by Merial, which hasn't done bad by me yet.