Will the real male Office Assistant please speak up

I own a Galaxy S4 phone.  I like it a lot because it can do some amazing things.  What I would like, however, is to install an 'office assistant' with a voice I liked.  There are quite a number of office apps out there, however the vast majority of them seem to have female voices.  Wouldn't it be nice to have an office assistant who sounded like Sean Connery?  Well, that may be too Scottish for some people, but it would be a lot better then having to listen to Ivona, or Susie, or Mary, or Siri...  And what's up with that?  Apple named its office assistant after Tom Cruise's daughter.  If you think about it, isn't rather sexist to have an office assistant on your phone with a female voice?  You would think that women around the world would like a male assistant.  Couldn't Apple have given you a choice of Siri or Sonny?  or Sammy?

I did download an office assistant once that did have a male voice. 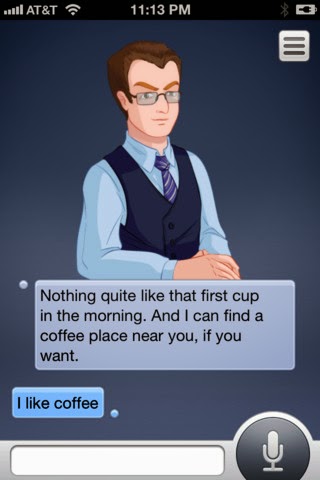 Believe me, it was horrendous. Every syllable of every word was enunciated.  The poor chap lasted about a week.  I would like an office assistant that sounds like a human being, not a robot.  There is an app out there called Andy, but I don't know if I want to pay for something that might actually sound like Andee.  Do you know what I mean?  I think office assistant app companies are missing the boat on this one.  Let's be honest, who's voice would rather hear as your office assistant?  Thelma... or Thor?