Will I watch the opening ceremonies for the 2012 Olympics in London, yes.  Will I watch the entire ceremony... no.  It's way too long.  Here's my recommendation to all future opening ceremonies, march the Olympians in first and get that out of the way, and then entertain the world.  Everybody with access to either a TV or the Internet will be watching and everybody will turn it off when the athletes begin parading into the stadium.  People walk slowly around that track.  If we were called America our athletes would be one of the first to enter, but we're the United States and "u" is pretty damn near the end of the alphabet.  Sure, some of the teams entering before us will be small in comparison to the American contingent, they will still walk slowly around that track. 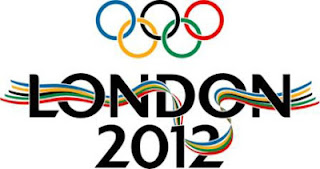 Why will I be watching?  To see if the British attempt to top the Chinese opening ceremonies.  That's a pretty daunting task.  My suspicion is they are going to take another tact to celebrate the United Kingdom, like a Shakespeare production number, maybe Macbeth chasing spots away from the track, or possibly a reunion of the two surviving Beatles singing "Love me do."  One thing you can be sure of, there will be fireworks and special effects galore.  You won't see 2000 Chinese drummers pounding  away but you might see the girls from Absolutely Fabulous staggering around.  The Brits seem to like exporting the idea that they are a staid people, perhaps they might let their hair down.  Wouldn't that be entertaining.