I've been using a Braun shaver (pronounced brown) for some time now.  I get a good shave, however, 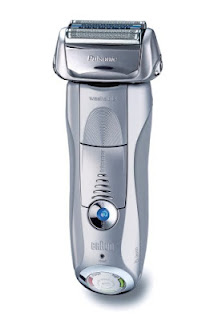 it seems to take forever to shave my face, and I will be the first to admit that my beard is not heavy.  Prior to the Braun I had always used a razor to clean the stubble from my cheeks and chin so I decided to give the blades a try.  The first thing I noticed was how expensive razors and their blades could be, up to 1/3 the cost of a new Braun.  Of course, I could have gone with one of the disposable varieties but there's really not that much difference between those and a good old fashion steak knife.  After wasting about 5 minutes looking over the various razors I selected a Gillette Fusion Power, not so much 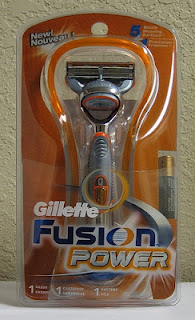