And a good, sleeping in late morning to you!

Can you believe we're winding down April?  Crap, we just started it.  We did have another freeze warning last night, so I brought in my potted veggies.  There were scattered snow showers yesterday.  I missed all of them, but was told by many that some were quite heavy.  Next week?  The temps are supposed to hit the mid to upper 80's (F) for a couple of days, before dropping back down into the mid 70's (F).

I have a Ukrainian customer who wants to retile most of her downstairs and put bamboo throughout her upstairs.  At first she brought her daughter in as a translator.  Yesterday, she brought her sister, who speaks English quite well.  The job is... expensive as hell, with the majority of the cost being in the labor.  Think mid $20's.  For tile, we normally charge $8 per square foot, but we are running a 'deal' right now.  I was told that she's going to talk it over with her husband, which I do believe is going to translate into "No."

As usual, laundry is on the chore list for today.  I also want to change the media in the tank.

The third reader is working his way through The Body in the Loch.  Word provides an 'Editor' so I think I'll use that for the next book, The Body in Repose.  I'm still in the note taking stage for characters.  There's a very good possibility those who read my books might get to meet a torch singer named Sheila Caine.  Now, ain't that a nice name? 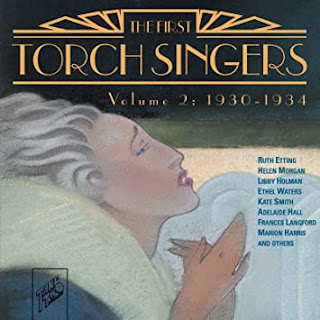 And, speaking of torches, I saw Navalny has decided to end his hunger strike.  Oh, and the troops Vlad the Dumb was massing on Ukraine's boarder are being shipped elsewhere.  Translation:  Vlad the Dumb blinked.  Big Time.  Both Alexei's supporters and the EU seem to have torched his plans.  No matter how desperate tin foil dictators are for complete power, they are always going to fail.  Xi will learn this lesson, too.  As will the Republicans in this country.  Things will never stop changing.