Well, yesterday turned out to rather fine weather wise.  Temps here in the heart of PA hit 71 (F).  I got a little yard work in, lots of loads of laundry, a little cleaning, and made shrimp lo mien for dinner - your usual Easter day agenda.  And in case you're wondering, no, I did not have an Easter bunny hunt for the dogs... they were too fast for me to catch.

Oh, and I got one of my jogs in.  I'm rather please to say I did a four minutes stretch where I was cruising along at 8.2 miles per hour.

This morning I want to zip over to the store and pick-up my veggie plants for the season, as well as an area rug that's now at half price.  Having hardwood floors, I use a lot of area rugs, and every one was purchased after it had been marked down.  I guess this means you could classify my décor as cheap.

I'm also going to pick up my replacement phone this morning.  It will be nice to have a phone that actually charges again.

And as of yesterday, over 100 million Americans have been vaccinated.  One article said we were racing towards herd immunity.  With the number of variants croppy up, however, we may wind up having to get booster shots every year.  Since most understand that Covid is worse then influenza, this will be no problem for many.  For Republicans, however, it's another matter.  This means they will get sicker more often, and die more often, and weed themselves out of the gene pool faster then they believed possible.  No tears here. 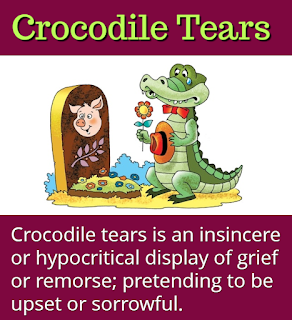 And I saw that the number of Republicans believing the elections was stolen has dropped to around 50%.  This must gall the hell out of all those GOP congressmen who pushed the lie.  At the same time, however, I saw that around 72% of them feel voting should be made more difficult.  This is amusing since many of them are getting older, and many of them are refusing to get the vaccine.  I saw this in the Washington Post:

A party assured that it had a popular message and appealing candidates would seek to increase voter turnout. Instead, from Arizona to Georgia to Texas, GOP state lawmakers continue to push unnecessary new laws designed to suppress voter turnout.

This tells us that they are passing all this legislation because they know their unpopular.  They know they have to cheat to win elections.  Rather then learn to compromise, something our forefathers intended when they wrote the Constitution, they're simply going to try and say "screw you."  It's our job to teach them a lesson.  Oh, and prepare yourselves for their crocodile tears as they try and find another way to cheat behind your back.