So, I'm sitting typing this while I eat my breakfast.  For those who don't know, breakfast is almost always the same thing:  Oatmeal.  Well, not just oatmeal, I mix in dried cherries, almonds, walnuts and honey to make a tasty treat.

This is my Thursday, and I'll be honest, my attitude is beginning to suffer.  I will have had one day off in an 11 day stretch.  Work.  We can't live without it, at least not in the way most of us want.  Being comfortable is nice, without having to worry about bills.  Being able to purchase things we desire without having to put ourselves in debt for months at a time.  We have some seniors working part-time because they want to, the hours at the store get them out of the house.  We also have some who work because they need to, mostly to help them pay for their meds.  I'm not concerned about being in the latter group.  And I've also been thinking about going part - time.  Last night, Biggie woke me up a little after 0100 for a potty call, and as I was walking down the stairs to take him out I decided I was going to celebrate my next birthday by going part - time.  Then I realized that was 8 months away.  Shit. 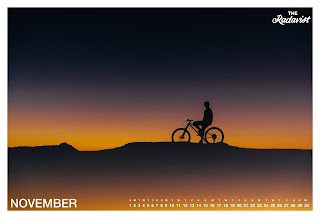 One of the great things about writing fiction is that it's fiction.  This means I can create a swanky Egyptian nightclub, name it The Amen-Ra, and stick it in the heart of the French Quarter.
And isn't that Matty Gaetz growing slimier by the day?  I'm surprised those around him aren't wearing hazmat suits.
And Tony Perkins is on the verge of out psychoing  the actor Tony Perkins (who was much more attractive).  Evidently he's flipping out because Crack Head Pompeo's rules and regulations are being flushed down the toilet.  You see, his intumescent fantasies of making the United States into a bloated Evangelical bastion are shattering before his eyes.  Tough shit, Tony.  This is how life works.  Your little mythology doesn't have strong enough legs to keep it from falling down, and you anger and hatred is unequivocally weak.  The truth is you were born to fail.