Too late to Right the Wrong

Of course today begins my 4 day stretch... no work, no health check, no face mask, except for when I go shopping later this morning.  My laundry routine has commence, the 2nd load is prepped and ready to go.  Outside, the skies are overcast and there is a constant drizzle.  I will probably light some candles to Amun Ra later, not because I believe he exists, rather I do find the idea of lighting candles to a sun god a bit on the exotic side.  Exotic can be good. 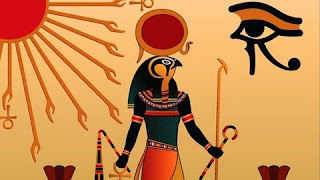 Or maybe I'll just settle for making candles.  I have enough wax on hand for three or four.
And I want to get a ride in or a run.  Alternating between the two of the next for days would be great!
I've also been researching PT exercises for my shoulder since my personal care physician at the VA seem more interested in letting her assistant do her work.  What I've also decided to do is switch to the Lebanon VA for my doctor's visits.  I still go to the New Cumberland clinic for my bloodwork and eye care, but everything else will be shifted to a facility with working doctors.
Because the location for the next book is going to be New Orleans, concepts for characters and the way they speak have been bubbling around in my brain.  There will probably be a character named Bianca.  Here's an example of a descriptive sentence which popped into my consciousness while I was showering yesterday morning.  "She spoke slow and forcefully,  her smooth southern accent wrapping the sounds of her syllables tightly around her words, so there was no misinterpretation of meaning."  Now, ain't that nice?
Oh, and evidently John Boehner's book is filled with obscenities.  He is angry.  Loser #45 is to blame for everything.  Oh, no John, the GOP is sitting on the left side of Satan because of you.  You, and your spray-on tan were the loud voice of the party of NO.  Now you swill your wine and point your finger at others, doing what you, yourself, as well as every other Republican has done:  Blame someone else.  It's too late to try and right your wrong.