Trump buddies up with a Hate Group

Today is Saturday and I get to go back to work after my one day off.  I accomplished much more yesterday than I thought I might, being that some times I end up putzing away the day.  The Med Techs at the Camp Hill VA Outpatient Clinic did my pre-op EKG... and I am pleased to say that I do have a heart... and it's beating!
Another thing I did yesterday was to bake a pumpkin pie from scratch... that's right.  Tasty!! 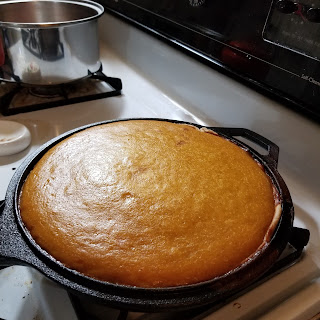 The only problem I had was Big Seig.  He snatched the egg shells out of the garbage and munched them to pieces in the living room, but then he's a dog and doesn't know any better.
Oh, and the Idiot Jerk in the White House became the first sitting president to speak at the Family Voters thingy (can't remember exactly what it's called).  You know?  The hate group run by that faux haired Tony Perkins?  And the dumb shit, Idiot Jerk pretty much declared war on anybody and everybody who does not agree with these narrow minded moron's interpretation of Judaeo-Christian values.  Of course just about everyone with a smidgen of intelligence knew he was going to do something like this since those crazies give him what he so desperately wants:  adulation.  Even the Idiot Bush was smart enough to know going down this road will lead to disaster.  The more these crazies lay their hands on him and bow down to him, the more he's going to give them what they want.  The Idiot Jerk doesn't care if a majority of the people find his behavior despicable, he's going to anoint this evil with a nod, and a smile as his tiny, little hand gives these haters a 'thumbs up.'  But then this has always been the case with this dumb shit, kiss his ass and he's over the rainbow.  More so now than in the past, since so much of what is happening in his most dysfunctional of administrations is hitting the air waves.  Just about everybody knows it's a cluster fuck, which is why he's turning to the crazies who kiss his ass.
Posted by Dave R at 6:57 AM