Well, I ordered some new Tamarac slippers this AM, nothing fluffy or super plush; hopefully they'll be fairly rugged since I wear them quite a bit when I'm home.
I also tried to rollover some of my 401K into a much safer IRA... and was told that I have to wait... like another 6 months.  Now we're only allowed to do rollovers once per year, which sucks.  I hate keeping money in it, especially with the Idiot Jerk in the White House.  Like all small minded conservatives, when the stock market does drop like a rock, he'll blame it on somebody else - probably Bill Clinton.  For those who don't remember, that's what the Idiot Bush did... asshole.  Anyway, I've got to let my 401K sit until April of 2018...  talk about having a personalized nail-biter.
We had a counterfeiter in the store yesterday - $100 bills.  He picked a tall, thin, 24 year old cashier who is usually easily intimidated because he thought this cashier would be an easy mark.  Well, this effeminate cashier pulled out his cajones and said "sorry, $100 need to be run through our self-checkout."  Self-checkout knows the difference.  Well, the culprit said "I don't want to walk all the way down there, let me go get my credit card," and left the building.  Me?  I wanted to cup that cashier's cajones and compliment him on their size but I knew that to do so would cause his head to explode with the million shades of fuchsia blushing across his face. 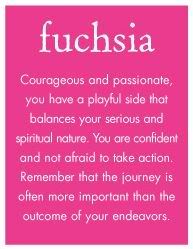 Oh, and for those who don't know, it's pronounced 'few-sha' not 'fuck-see-ah.'
The funny thing about this attempt at counterfeiting is that the same person tried it last week outside at our garden register... and got away with it - $800.  The cashier who took the bills was a 65 year old Trump supporter.  When this cashier was asked why he didn't call management he said, "well, there was a customer waiting."  I kid you not.  I think that this proves once and for all that those who support the Idiot Jerk have no balls.
Posted by Dave R at 8:28 AM