So, I had the closing shift yesterday which meant I had to miss most of the coverage for the Women's Marches that were held worldwide; only during my break did I manage to catch a couple of clips on my phone.  The reaction of 2 of the Trumplodites I work with was... expected, one (remember Bobo?) rolled his eyes and shook his head, the other said "I hate protesters," and proceeded to enlighten me as to what he, as a true conservative, thinks about protests and liberals.
Then, this morning, as I was scanning through the LA Times, I came across this article about Faux News.  I can't say that I was surprised by this.  Remember, Faux News is owned by Rupert Murdoch, who wants to be a major player in politics, and who is also a friend of DT, and who no doubt sees the election of DT as his Golden Path into American Politics.  In other words, DT has Faux News in his pocket.  When he drops his drawers, Faux News will let viewers know they should get ready to pucker.  All other news outlets are false.  They are phony.  They are bad.  DT and Rupert Murdoch want you to watch Faux News... 24 hours a day.  And DT wants Faux News to become the State Run Media, a thing most dictators control.  That's right, Faux News is going to take us all to The Outer Limits. 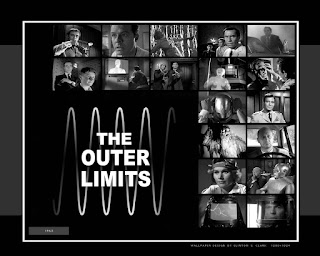 For the next 4 years they will attempt to control the Vertical, they will try and manipulate the Horizontal, they will turn the Volume up on what DT likes, and down on what makes him look bad.  Faux News will unscrupulously influence the picture you see....  This doesn't mean they're going to change, they're just going to get worse.  They will try and take a very unpopular president with an extremely low approval rating and deify him in order to keep his Trumplodite followers loyal.  They will fail.  Their ratings will slowly decline as this beast begins to rut his way across the country.