I read that Brexit is running into some problems.  I saw on Bloomberg that the Pound has dropped 16% in value.  I feel bad for those who voted against it.  In the UK, as here in the US, puddleheads carried the day.  This just goes to prove that Dumbfuckistan stretches way beyond the American boarders.  What's really sad is that these Trumplodites (here in America) are totally clueless.  They don't chose to educate themselves.  They actually believe America is in a sad state, that the economy is horrendous.  It isn't.
On a daily basis, I have to deal with several Trumplodite cashiers.  One, whom I shall call Bobo, believes that on January 20th "heads are going to roll."  That's right, Bobo said that.  He also said that on January 20th "we're all going to start making money again."  For the record, Bobo is 65, his wife is retired.  By career, he is a Physical Therapist whose full time position with Pinnacle Health went part-time about 2 years ago (that's why he got a job as a part-time cashier).  Bobo believes everything DT says.  Bobo thinks that on January 20th his full time job is going to come back.  Bobo is a fool. 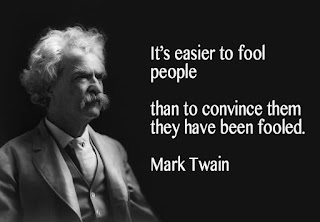 Bobo is angry because Pinnacle Health made a business decision that effected him personally.  The fact that he makes money from a private physical therapist practice doesn't play into his thinking.  He wants his job back.  And DT said that as president he's going to bring jobs back.  DT lied, and Bobo believed his lies.  Reality is going to be very difficult for Bobo.  He most likely will never really understand just how foolish he has been, that he'd been suckered into this fantasy world by a man who's an expert at schmoozing fools.