The turbulence has started

Remember when I said it's going to be a bumpy flight?  Well, the turbulence has started, mostly with stupid shit, like crowd size.  But then you have to remember that DT is all about size.  The bigger the better.  And now there's the bit about the illegal voters.  He can not correlate facts.  In his mind, if he's won the presidency then logically he had to have the most popular votes (being popular is essential), and if he didn't, well than it had to have been illegals.
And it's going to get worse.
I can't even begin to imagine what things must be like behind backstage, and I'm purposely using the word backstage, because every time DT gets in front of the camera he's putting on a performance.  Like an actor with little talent, however, he only has 2 or three faces:  the grimace, the growl, and the guffaw.  Is it any wonder Kellyanne wore her circus outfit to the inauguration?  I mean, I wonder how many rings are going on simultaneously behind the closed doors.  And we haven't even got a glimpse of the side shows yet. 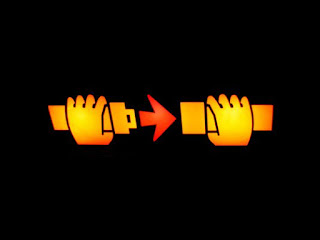 Today, from what I've read, the idiot is going to issue some sort of Executive Order about The Wall.  He likes grandiose schemes.  Size, remember?  The big wall?  The wall Mexico was supposed to pay for?  The Wall which is going to add to our national debt?  The Wall which is taxpayer funded?  But that's okay.  His fans are happy.  Until taxes have to be raised.  Then we'll hear a different story.