Well, we had our Holiday / Christmas Party last Sunday - I did go, for a bit, didn't stay long as the dogs had been by themselves in the house for over 11 hours.  Jane was there, of course.  In case you've forgotten, she's 77.  She'd invited one of the young guys who work for Solar City, kid around 24 or 25 years old.  He cancelled, said he'd gotten sick (wonder why).  This mean she was running solo.
Jane was dressed to the nines, shimmery, silver sequined shawl over a spaghetti strap dress, at least this is how her attire was explained to me since I only saw her briefly.  Anyway, Jane did dance with Glenda, another Solar City sales associate.  Upon returning to her table she complained about how hot she was feeling, all that dancing, you know?  So she decided to take off the shiny shawl, pulling it up and over her head.  To the horror of those at her table, her spaghetti strap dress had fallen while shew as dancing (at least that's what they're telling themselves) so the top was now below her boob line.  That's right.  Visualize it.  Think about it.  The 7 other associates at her table got doubled dosed, shot right between their eyes, with a pair of 77 year old tits. 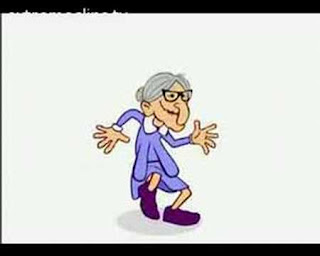 Anyway, Jane's not happy with me at all.  Yesterday I found her at her register, waiting on a customer, while at the same time addressing Christmas cards to store associates, and she had an employee listing that included ID numbers and personal phone numbers... laying right out on the counter.  So, I took it from her and pissed her off.
As I was getting ready to leave for the day, one of my head cashiers said "looks like you're not going to get a Christmas card from Jane."  And then I laughed, and then he laughed.  Can it get any better than this?