Well, the Christmas movie season is upon us and once again I'm dumbfounded by studios who seem to think this is the best time of the year, other than summer, to release big budget films because they simply don't understand that a movie like "Rogue One" is going to totally dominate the box office.  This happens every year and nobody seems to learn.  Last year Disney dropped "Into the Woods," a Disneyfied version of a Broadway show in which practically anybody with lines dies by the end, thinking it would be great family entertainment.  Wrong.
This year we've got "Passengers," a Sci-fi, rom/com, thriller with bad reviews from Sony / Columbia.  Didn't anyone at that studio get the memo stating that the Sci-fi and thriller bases were already covered by "Rogue One?"  And we've got "Assassin's Creed," another movie which is getting bad reviews, also in the competition, being released by Fox.  I suspect that studio thought that kids will be home from school, and kids are gamers and that will make it a sure thing.  They evidently didn't get the memo detailing how the average age of a gamer, in the United States, is 38 years of age.  We are adults, with full time jobs.  We are not in Junior High, or High School.  "Rouge One" was out of the gate a whole week before you... who do you think's going to win the race?
And theaters don't help one bit.  At my local Carmike Cinema, "Rogue One" has 15 shows per day.  That's right, 15.  "Passengers" and "Assassin's Creed" have 5 each, as does "Manchester by the Sea," a little movie which is expected to dominate Award season. 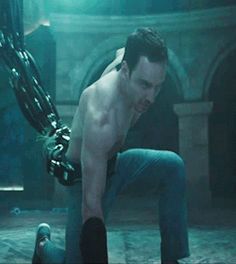 "Assassin's Creed" had an original release date for back in November, a slot that would have been better, when it wouldn't have had needed to go head to head with "Rogue One."  And "Passengers?"  I'd have released that baby in February, when it's cold and dark, and the pretty faces of Chris Pratt and Jennifer Lawrence would have been flickering candles and we all could have been moths.
And you'll notice I didn't even mention "La La Land."
If you go yo an evening feature, the cost of the ticket, and the snacks (popcorn and soda for me) are going to run you at least $20.  What studio moron doesn't understand that when a monster blockbuster gets released, like "Rogue One" it's going to beat you over your box office head with a shit stick.  This means plan accordingly.