Ripping the mask off the GOP

For years the GOP has tried to sell itself as a concerned, caring party.  They claimed not to be the 'white' party, that they were all inclusive, all races, all colors... all genders.  But then George W. Bush was elected into the Presidency by the merest skin of his electoral teeth and they promptly told the majority of voters, who had voted for Al Gore, "screw you."  And, of course, they gave us the 2nd worst president in America's history.  Still, they tried to sugar coat their hatred for everything not Republican... by saying you were "un-American" if you disagreed with the president about... well, just about everything.  And though they thought their mask was perfect, it was beginning to show the staples holding it together... a lot of staples.
And today, for those who don't know, is Super Tuesday, when massive amounts of delegates are chosen to represent one specific candidate.  This is the day when nominations get set in stone.  This is going to be the day when Donald Trump rips off that ugly mask to show the American people an even uglier face underneath.  Can't you hear all of his Trumplodites kneeling down and chanting "Trump, Trump, Trump."  And believe me, he has no problem ripping off that mask to show just how ugly the Republican party truly is. 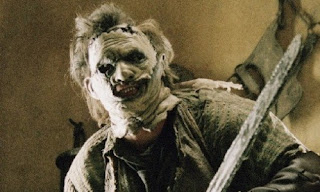 And the party has totally devolved into something really... nasty.  Take a look at their party platform.  Their agenda looks like the constitution of a hate group, in fact, I'm quite surprised they haven't been designated as one.  Of course the GOP is crapping in their pants.  That loud banging you hear in the distance?  Those are the bricks flying out of their ass.  Donald Trump has revealed the truth.  They don't mind getting the support of the KKK.  They don't mind beating up members of the press, in fact, they don't mind beating up anybody who disagrees with them.  The mask is being ripped off and revealing that they are the stuff of nightmares.