I see where North Carolina has passed some hate law designed to specifically keep transgender individuals out of restrooms entirely, at least that's what those wacky Republicans say.  In reality, they have proven Einstein wrong and transported the state back in time, circa 1956 (or there abouts).  What most people don't understand, however, the real purpose of this law is not to eliminate LGBT rights in the state.  No, that would only be regionalized hate; they want to fry much bigger fish.  You can bet they spent long hours working on the wording to insure some more progressive judge in the state will declare it unconstitutional.  And they would counter, of course, because their real purpose is to take this to the Supreme Court.  Tit for Tat, you know?  The Court said yeah to marriage equality so North Carolina wants a national referendum to take away other rights, which is why the Republicans are saying nay to any Supreme Court nomination Obama puts forth.  Of course, those dumb shits are going to lose. 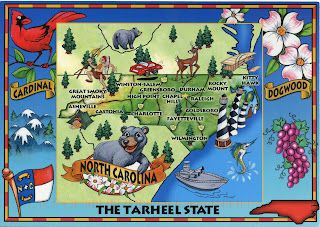 Because their time machine doesn't really work.  Einstein was right.  Time travel is impossible.  Their presidential candidates went to the Dumb and Dumber school of politics.  Right now two of them are in a pissing match about their wives - and they're doing this publicly.  The only thing missing is one of the Kardashians... oh, wait, Bruce.. no, no, that's wrong, I mean Cait, is joining forces with Ted.  Or maybe he'll end up siding with Trump, since that guy really knows how to treat a woman.
Anyway, this North Carolina law is nothing but horseshit and those North Carolina lawmakers know it.  They're just trying to get a little smack back before they're totally trampled under foot.