This morning, as I was putting the dishes in the dishwasher, I started thinking about Karma.  This was not an isolated incident, I think about it quite a bit.  What goes around, comes around.  Some people think it's just God's intervention.  Me?  I believe it's life fixing mistakes.  And it's everywhere.  Even Hollywood has to deal with Karma.  Here's a good example.
In 2005 a little movie by the name of Brokeback Mountain was released.  People took a big step back because it was a gay love story.  They said it would never succeed.  This little movie went on to earn over 83 million at the box office.  It was nominated for 8 Oscars, winning 3, including one for Ang Lee as Best Director.  It lost the Best Picture Oscar to Crash.  One of those who didn't win was Heath Ledger, who was nominated for Best Actor.  He lost out to Phillip Seymour Hoffman, who won for playing Capote.  What really happened was that Hollywood made a mistake.
In 2008, after completing his scenes for The Dark Knight, Heath Ledger died of an accidental overdose, and his death made big, big news.  His performance was riveting, and, as a result, he was nominated for a 2nd Oscar.  His competition in the Best Supporting Actor category was... Phillip Seymour Hoffman. 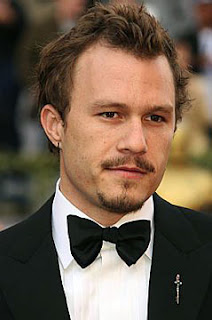 Heath Leger was won the award posthumously.  People said Hollywood was fixing it's own mistake.  Actually, the Karma was just beginning.  Hoffman went on to earn 3 more nominations but went home empty handed each time.  In 2014 he, too, died of an accidental drug overdose.  While Ledger's overdose was attributed to accidentally mixing medication, Hoffman's was attributed to heroin.  Not only did Hoffman die of a heroin overdose, he was found with the needle still inserted into his vein.  For those who don't understand... that's some really, really bad Karma.
Karma is not about paying back, or getting even, it's about fixing mistakes.  This is life.  The problem with Hollywood is that it just doesn't learn.