Here it is, a day after Good Friday (not the non-commercial Black Friday) and a day before Easter, and I thought I'd talk about Christians, or Phony Christians to be exact.  Like the government of North Carolina.  Evidently Pat McCrory, the current Republican governor is in a terribly tight race with Ray Cooper, the Democratic nominee.  So, what better way to throw some red meat to the Republican base then to pass a hate bill they love... oh, and McCrory is a Christian... or at least he claims to be.  Nah, I don't think so.  If he is, well, then that book in the Bible where Jesus talks about the positive aspects of hate, discrimination and segregation didn't make it into my copy.
And then there's Robert (aka Bobby Baby) Bentley, the 73 year old, Sunday School teaching, governor of Alabama, who divorced his wife last year... probably so he continue his somewhat perveted affair with his advisor Rebekah (don't you love that spelling?).  He's now under investigation because evidently Rebekah is the de facto governor.  Oh, and Rebekah actually works for some group called ACE, which means every time he says "Yes, Rebekah," she says, "Okay, now you can pull down your zipper."  And this guy truly believes he's a Christian.  Wrong.  He's worse then a dirty, old man. 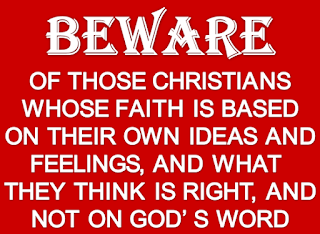 In fact, the Republican Party is top-heavy with these... well, let's call them CINO's - you know, Christian in Name Only.  This doesn't mean that they don't go to church regularly.  It doesn't mean they don't believe... they do, but only in their version of the Bible.  They tend to skip the parts about loving your neighbor, and turning the other cheek.  They think they're special.  Like Kim Davis, who sliced and diced the King James version of the Bible to suit her beliefs... and she believes that her butcher job will let her "Live with Jesus."  Wrong.  The fact that these people don't understand that they are a bad mark for Christianity is sad.  They've turned a guide to living your life into a way to dominate others and force compliance.  They are Phony Christians.