The long walk to the Parking Lot

I'd mentioned a while back that we had a Department Supervisor who had some serious attendance issues and that some serious steps were going to be taken.  Well, they were taken yesterday.  The single mother of two children is now unemployed.  And that sounds terrible because you only want to think of the children, and it would be if it were a bolt out of the blue.  However, if someone has repeatedly sat you down and said "you need to be on time," you can't regularly show up 40 minutes late for your shift.  If you're scheduled for 0900 you can't call in at 0845 and say "I read my schedule wrong, I'll be in at 1130."  When management sits you down to coach you once every 2 months on serious attendance issues, you should take those 'write-ups' to heart.  Being a single of mother of two doesn't give you Carte Blanche to make up your own attendance rules; rather it gives you the responsibility to make sure you are following the rules.  And, it's even worse when you frequently use those two children as an excuse for your tardiness.  You know? 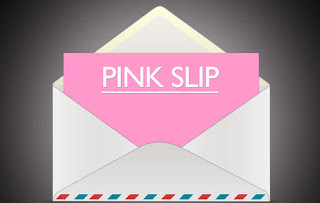 Let's be honest here, we would all love to have a job where we can set our own hours and still get paid well.  Believe me, it be great if on some nice sunny, spring morning I decided to call the store and say "hey, it's beautiful out so I've decided to go for a 20 mile ride on my bike, I'll probably be in around 1100."  Well, that ain't going to happen any time soon.  If I did, I too would soon be taking that long walk to the parking lot with a pink slip in my hand.
Posted by Dave R at 6:47 AM