the sun sets on inventory

Well, inventory is now over for at least a year.  Final results will be released to the store on 4/21, but preliminaries are very good.  Our shrink should come in under forecast, and, if the numbers end up as good as we're expecting, there will be no inventory next year.  You see, in spite of what some people may think, it's a waste of man hours.  We're not a high theft store.  For example, last year my shrink was .045 of my total inventory, and most of that was the result of damage:  people dropping paint cans, running a forklift into a pallet of caulk, and so on.  This doesn't mean people don't throw 5 gallon buckets of expensive paint into carts and push them past the cashiers and out the door, they do, but not on a regular basis.
Yesterday, my main job was to verify the RGIS counters (we call them Regis).  They were good.  They were fast.  And verification doesn't mean recounting, it means checking to make sure they counted every shelf in the bay.  You don't really think they'd have us count 5 million nuts and bolts for a second time, do you. 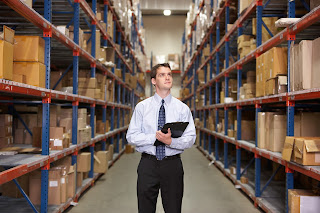 And the woman who's about to get terminated?  She spent the entire day worrying because they hadn't called her back to discuss the problems in her department.  And she had a lot of problems.  What saved her from that embarrassment were the 8 of us who spent most of Monday night prepping her department to make it countable.  Will that save her job?  Hell no.  Maybe she understands this, and maybe she doesn't.  I suspect it's the latter.  You can only flirt your way through incompetence for so long, and then it bites you in the ass.
Anyway, I got home yesterday, took a nap, and played some Fallout 4, including some modding, you know, getting Danse out of his power armor, which wasn't as difficult as I thought.  Now all I need to do is make him presentable.