Those silly Republicans, they wait until their party is this far into the nominating process before their big money decides to invest in a "dump trump" agenda.  What can I say, they've always been cheap until their party manages to get someone in the White House, and then it's spend, spend, spend, like the Palins in Walmart.
Anyway, hardly a day goes by without someone in the media trying to define just who a Turmplodite is: uneducated, white, female, middle-aged.  But none of them are being truthful, if they were you'd hear the words bigot, racist, homophobic... well the list just goes on and on.  Now, I know there are a lot of you asking "how can a conservative be so negative?"  The answer is simple.  Pretzel logic.  And Trump is very good at bringing out these terrible attributes.  He takes a conservative viewpoint on immigration and twists it around by appealing to baser instincts.  He mines religion for hatred.  He likes to give speeches standing on his little 'white is right' soap box while his security roughs up minorities, or protesters.  And he does all of this under the guise of Conservatism.  And Trumplodites fall right in step behind him because he claims to be a Conservative. 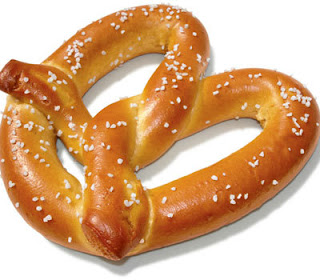 I work with a gentleman named Jack who claims to be a conservative.  He also likes Trump... a lot.  If you talk to Jack he will tell you "Trump makes Sense."  Has Jack always been a racist and a bigot?  Most likely.  For him, however, Trump has twisted the logic back in on itself.  He has redefined conservatism.  Thanks to Trump, his little trumplodites think it's just dandy to openly be racists and bigots.  And Conservative big money is now saying "holy shit" we have a problem here.  And they waited too long because for years they've been twisting their logic back in on itself, telling the world they represent every single person in the United States.  "We are America, and Americans are Conservative," is what they have been saying, and actually, they only represent people like Jack, who now thinks it's okay to publicly be a racist and a bigot.