If you've been paying any sort of attention you've seen that Mississippi is working on their own Christian Hate Bill - you know what I'm talking about, that if you claim to be a Christian it's okay to hate.  While they say this is because of the Supreme Court decision, let's be honest here.  The Red States have hated a lot of people for a very long time; ever since they lost the Civil War.  Now they don't hate everything.  They loved their Confederate Flag and a lot of them were really pissed when those to the north and west of them starting pointing out it was a Racist Emblem.  Of course, in some places they took the flag down... well, at least they moved them so they weren't so public, which means they didn't really come to terms with their racism, just popped it into a closet.
Now they're passing laws which let them use that old joke "it's a against my religion."  You know the joke I'm talking about?  Where someone would ask you to do something and you'd reply "nah, it's against my religion."  And, while they say it's just a protection for their deeply held Christian beliefs, it really is just a demonstration of hatred.  Don't think they'll stop at the LGBT community, either.  These laws let them target anyone they don't like. 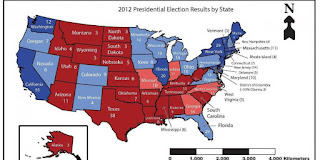 And it's only the red states that hold so much hate, the ones controlled by the GOP.  But then it's a long known fact that the Republicans hate every one who doesn't kiss their ass.  And their prayers for a Republican President are being skewered by Trump, who might end up being the biggest loser they've ever nominated.  And he will get their nomination, other wise there will be rioting in the streets of Cleveland.
What's funny is that they put all this energy into hate and it gets them know where.  As a result, they're going to lose more and more.  Perhaps someone should have told them long ago that hate is a cancer, and it's eating them alive.