Well, I watched the Oscar ceremony last night and thought that there were good moments and bad moments.  I wasn't impressed with Chris  Rock and evidently neither was Shaun King.  Someone needs to tell Chris that when he's speaking about diversity he's speaking about many, many peoples and not just black people.  His comment after Sam Smith's acceptance speech indicates he doesn't believe LGBT people should be included.  Bringing 3 little Asian-American kids on stage as the punchline for a racist joke was detestable.  And making a joke about Rhianna's panties and a party there?  When did sexist behavior become a pillar of diversity?  Oh, and a grandmother hanging by a rope?  No class there.
Anyway, some of the show was really good.  Some presenters were passable, some were great.  I thought the bit between Ryan Gosling and Russell Crowe put the others to shame.  The two reminded me of Abbott and Costello - their routines were sharp, smart and sounded spontaneous.  Gosling and Crowe did the same thing.
I thought Sam Smith's performance was very good.  A lot of people are saying that Lady Gaga's was the best - I wish she would have just sang the song instead of spasming every couple of beats in an attempt to create drama.
I was really surprised that Tom Hardy didn't win for The Revenant.  I thought he was far and away the best part of that movie.  Of course, DiCaprio won and his speech was fine until he hit the part about global warning.  When he noted that they had to move filming down to southern Chile in order to get the right amount of snow, he failed to add that when they were filming up in the Vancouver area it was during the summer and that's why there wasn't a large enough snow pack.  When it's summer in the Northern Hemisphere it's going to be winter in the Southern Hemisphere, which means there's going to be a lot more snow in the Chilean Andes then there is in the Rockies.  What a horses ass. 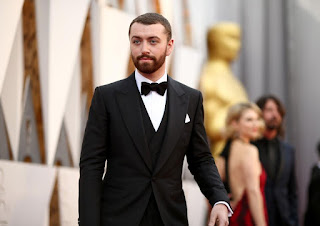 And, of course, the Picture of the Year was Spotlight.  Academy voters gave the award to a film they felt to be socially relevant.  They want to be seen as artistic rather then commercialistic, so while The Revenant was seen as artistic, it made way too much money and therefore became irrelevant.  A film about investigating the cover up of child abuse by the Catholic church, however, fit the bill.  So, my advice to black actors who want to get nominated is this: get cast in a socially relevant film that doesn't do too well at the box office.  Remember Precious?  That was a big hit with Academy voters.
Posted by Dave R at 2:26 PM