Elizabeth Warren and the Zombie Apocalypse

Right now the Republicans are running scared.  They believe they're in the middle of Zombie Apocalypse.  They're terrified the walking dead will soon be gnawing at their bones... except it isn't the walking dead, it's us... we the people: Democrats, Independents, Progressives, Moderates, a majority of the American Peoples.  Their Armageddon is upon them and they're going to go down fighting, no matter how bad they look.  Could Scalia's death be the final nail in their coffin?  Well, it could be.  When Elizabeth Warren, a calm, forceful presence, says they are debasing the Constitution by waiting, and praying, that they get a Republican President in the next election she makes them look as childish and petty.  Remember when Ted Cruz read Dr. Seus?  The GOP base loved it, while the majority of Americans thought "what a dick."  Well, out of desperation, they're doing it on an even grander scale.  They are crapping on the Constitution they claim to love so dearly, and they're doing it because when they look out their windows all they see are the walking dead. 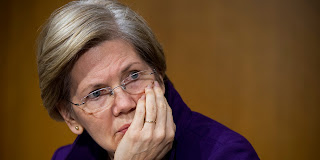 What they don't realize is that it is they, themselves, who are the walking dead, stumbling through an election year praying the next president is a Republican.  And, well, if it does happen to be a Democratic president (again) they're all going to be eating shit sandwiches.  That's what stupid people do.  Can't you just picture Mitch McConnell's face as the server ask him "open-faced, with gravy on top?"