I saw that Lamar Odom has made his first public appearance since overdosing in a whorehouse.
That tidbit of news actually made the Celebrity section of some major news outlets... get serious.  This guy overdosed in a whorehouse.  Am I the only one who believes he is like one of The Walking Dead, but made of trash instead?  He is pretty worthless.  Now I know some people like to have a healthy ration of trash on a regular basis, but I don't think this is healthy.  Evidently it doesn't bother him that when people see him walking down the street they're going to say "look, there goes that asshole who overdosed in a whorehouse." 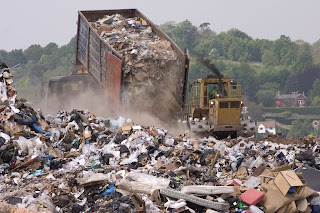 I mean, if you find Trash fascinating, at least you could stick with the Palin family, they're all dumb as bricks, and get in to beer brawls, and have multiple children out of wedlock, but so far not one of them has overdosed in a whorehouse, gone into a coma, and possibly suffered permanent brain damage... or did I miss a bit of white trash news?