It's Saturday, February 16, and we have 32 days of winter left... officially.  We all know there is no specific second when the weather is going to begin to warm up because Mother Nature isn't that considerate.  She's going to do the same thing this year as she does every year, tease the hell out of us.
I'm not going to New Jersey!!  I am really so glad!  Training is fine, as long as it's within a 20 mile radius.  Two and a half hours on the road for a 6 hour training sessions is ridiculous.  Add to that the fact we most often try to car pool which means I usually drive... it's the only way to guarantee no one smokes in the car.  I simply hate that.
I also got notification yesterday that I'm scheduled for Jury Duty on the March 25.  Yippee.  I've been to this rodeo before.  I didn't get selected then, and probably will not get selected this time, no doubt because this little sign begins to flash over my head in bright, neon red letters:  CYNIC   That's right, in case you haven't noticed, I'm a bit cynical.  I work in retail, remember?  Where someone is always trying to get something for free.  We see them daily, liars with tempers flaring because they feel they are owed.  Oh, and this is for Civil Court, a place where people go, the place where people go to swindle big settlements from insurance companies.  Not that the insurance companies shouldn't pay, but sometimes the greedy side of humanity presents its face.
And, since I'm being cynical, how about that Ann Coulter trying to do a little tap dance all over the Idiot Jerk in the White House?  "A stupid act designed to please his stupidest voters," is, I believe, what she Tweeted, or something very similar.  As expected, the Idiot Jerk shit out a couple of words saying "he didn't know her."  Excuse me, but wasn't he happy as a pig in shit when she was singing his praises?  Keep in mind, his "stupidest voters" will not remember that far back.  And I am in no way defending the Nazi Princess Ann, she's just pissed she is no longer one of his closest advisers.  In case you didn't know, instead of the briefings he's supposed to be getting from the CIA, and Homeland Security, and a whole bunch of other security organizations, the Idiot Jerk is relying on the advice from Thimble Nose and Bumble Brain, aka Sean Hannity and Rush Limbaugh, a political hack and a spineless, political entertainer.
Adding to the irony of that Shit Show in the Rose Garden yesterday was the fact that an American with a gun murdered 5 people in Aurora, Illinois yesterday, before being killed by police.
Anyway, after today I'm off for 3 days.  Nice.  Not that I  have big plans.  I'm thinking about making chickpea fritters on Monday.  How's that for excitement? 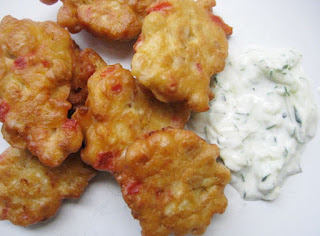