It's Monday... my day off (notice to the singularity)... and it's snowing.  We're only supposed to get another 1 - 3 inches before it switches over to... mixed precipitation.  That change is not going to happen until later this evening though the ice accumulations is only supposed to be about 1/10th of an inch.
They threw the Grammy's last night.  Didn't watch.  Never do.  I like my female vocalists to actually vocalize rather than sound like they are expirating helium.  The same thing goes for male vocalists; give me a baritone with range rather than a 'high ball' tenor - I don't find falsetto listenable.  I did see Fall Out Boy's "MANIA" got a nomination for best rock album... didn't win.  And for a bit of humor, I saw that the chick who won best Gospel has really big, really blond hair, I mean like almost inflatable big; goes with the territory I guess.  There was a time when a Grammy win figured into my record buying habits and as a result I own a lot of vinyl I now regret purchasing.
In case you didn't see... we're heading for another shutdown.  That's right, the government's going to be 'closed for business' one more time.  Am I like the only one who's recognized how often this is happening under this administration?  This is because the Republican concept of negotiation and compromise revolves totally around one simple statement:  "This is what we want."  They are not now and never will be open to any variation on that demand.  Democrats will say "well, we'll give this if you give us that," and the Republicans say "This is what we want."  Going into these negotiations the Republicans realized they were not getting any money for the Idiot Jerk's racist wall.  Of course, there are going to be other sticking points since the Republican idea of immigration reform is "Keep out the brown people."
This Sunday evening we have the Oscars.  I'll watch them.  This year will be interesting because there is no host.  Originally Kevin Hart had been slated to handle the Master of Ceremonies job, but then he suddenly dropped out over past homophobic comments he'd made.  Personally, I think that was a front, a cheap excuse to cover up the real problem with Kevin Hart.  You see, the man is tiny.  Little.  Short.  His biography lists his height as 5 feet 4 inches.  He was on a talk show where he claimed to be 5 feet 4.5 inches but eventually, after much back and forth between he and the host, admitted to being only 5 feet 2 inches tall.  He is almost a short person. 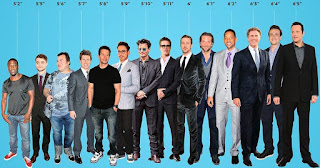 I'm betting his agent looked him in the eye and said "bad move, everybody in the world is going to start calling you 'shorty.'"  Thanks to movie magic, in "Jumanji" he was only a few inches shorter than Dwayne Johnson, in real life Dwayne's more than a bit taller. 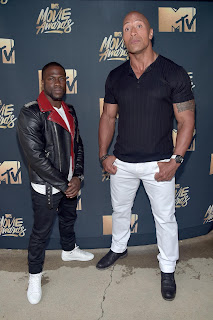 Maybe he should start singing Gospel, that way he could himself some big hair.