Turkey in the Straw

So, here it is, Tuesday.  Late entry today.  I had breakfast with my sister and brother this AM.  I also slept in... until 5:30.  Tomorrow I'll be back to the standard 0400 wake-up call.  If I get the chance I want to do a couple of miles on the bike this afternoon.  Actually, I know I'll have the chance, it's just that I might not want to put on the shoes and slip into the spandex.
Starting tomorrow I will have the joy of working for 5 days in a row, followed by a single day off, and then another 5 days.  Shit.  This is what I don't like.  Work.  My brother asked me how long I expected to work full-time.  He always asks me this, and my response is always the same, until I get the car paid off and add a little more to my bank account.  Once I feel comfortable, I will go part-time.
And the irony of the day is that the Idiot Jerk is in Vietnam.... you know?  Interesting how bone spurs didn't stop this trip from happening.
What is actually more interesting is that he's going to be out of the country when the shit hits the fans.  I mean, like today the House is going to vote against his racist wall and quite likely the Senate will vote against it, too.  That ain't going to sit well with his racist base... nope, not at all.  They don't like being told that they're assholes.
Then tomorrow Mike Cohen is going to step into the Center Ring where he will dazzle us with tales of moral degeneracy, and amaze us with feats of wonderment as he details how phony the contortionist in the White House truly is... prepare to be stunned!  Is it any wonder this summit was planned now?  I think this is what his administration considers damage control, offset the negativity with some sort of sketchy deal with Kim Dumb Chunk.  In Vietnam, of all places.  Wouldn't it be funny if the Idiot Jerk gimps around a little bit... because of his... you know?
And then, of course, there is the Mueller probe... well, it's not quite a probe.  I suspect the only one who's in the mood for probing is Lindsey Graham... if you know what I mean.
For those interested in the progress of "The Body in the Tower," I'm up to 65,000 words... with 4 chapters left to complete.  I'm working on a chapter called "Comfort Food," in which Cook serves up Turkey in the Straw. 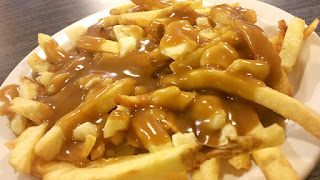 Not that the chapter is gastronomic by any means.