Well, it's Friday.  For some of you it's the end of the work week.  For me?  Well, it's a day off.  I will get to work the weekend and then have off 2 more days.  In three weeks I'm scheduled for a full 40 hours.  Yesterday I realized that's because we're losing a Flooring Specialist.  Shit.  Hopefully they will find someone to fill the position fast.  I like my 32 hour work weeks.
I talked to the director of Geenfield yesterday.  He told me the refund check for my Mom had been cut, though he couldn't find the email he'd received from their corporate office.  This guy is a freaking nincompoop.  He never returns calls, and every time I talk to him he sounds as though he's quaking in his boots.  I don't know why?  I don't yell.  I don't use foul or obscene language.  I will admit to getting a certain tone in my voice, no doubt a throwback to when I was in management, which can be rather assertive.  Do it now.  My patience is a virtue which your poor performance may stretch thin.  Tasks are made to be completed, not lingered over like a piece of fine pastry.
And what about that that white, racist Republican poster child Steve King?  In case you didn't know, he questioned when the words 'white supremacist' became bad?  He sees nothing wrong with white supremacists.  He is a 69 year old white Republican whose immigration views have been embraced by the Idiot Jerk in the White House.  He doesn't understand he is just one more white Republican voice singing the death knell of his Republican Party.
I bought a mat to put beneath my elliptical.  Snazzy.  Well, not really.  It's black and made of some sort of rubbery material.  What it is doing is covering up more of my hardwood floor.  I've also ordered throw rug to transition between the living room, which is painted dark red, and the dining room which is a grayish teal. 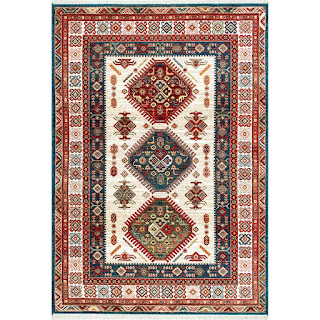 Today I want to finish sanding the archway and possibly get the first coat of paint on it.  If what I've been told is true, my desk should ship today arriving sometime around 1/31.  I'm off that day which would be perfect.
Posted by Dave R at 6:23 AM