What the hell is a smoking saw?

Wednesday.  I got up early this AM to do my cardio... and then went back to bed for half an hour.  Fun Stuff.
The post office is closed today because of George H's funeral service.  A national day of morning, which is irritating because I'm still waiting for my Mom's final bills to arrive.
And speaking of George H's funeral.  I can not even begin to imagine the tension that will be in the National Cathedral when the Idiot Jerk arrives.  Sure, there will be those who will shake his tiny hands if he so deigns, but mostly, to his horrifying chagrin, he will be shunned.  No one's going to casually saunter up and say... oh... "my, your latest tariff Tweet nearly crashed the stock market yesterday."  Most likely he'll sit there silently Tweeting things like "what a really tremendous service, shame they didn't hold it closer to Mar Lago so I could go golfing after wards."  I mean, do you really think Jeb's going to shake his hand and say "Gee, I'm really glad you could make it."  If we hear anything from the Idiot Jerk it's going to be along the lines of "Someone get me out of here."
Oh, and the NRCC was hacked - that's the National Republican Campaign Committee .  I think they're the ones who are responsible for getting House members elected and re-elected... and it was happening for a several months.  OH... MY.  Remember when the Democrats were hacked and the Idiot Jerk criticized them?  This hacking, I suspect was worse.  Some foreign actor uncovered a treasure trove of Republican dirt.  So far none of the emails have been made public.  Of course not, because... well... you know what's coming... this... is ... what's called... Blackmail.  So, I wonder if the Idiot Jerk's gotten the phone call yet, the one in which a heavily accented voice says "kiss our ass, or we will destroy you."
Let's face it.  Yesterday was a real bowl of Chop Suey when it came to bad news for the Idiot Jerk. 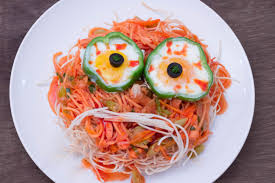 Mueller signaled that those cooperating with him will most likely get light sentences at best.  That's works.
And Gina Haspel to the Senate, behind closed doors, that the Saudi Prince is guilty as hell.  Lindsey Graham was so convinced he pulled his lips from the Idiot Jerk's ass and said "this is not a smoking gun, this is a smoking saw...."  That's right, he said it was a smoking saw.   Can someone just tell me what the fuck is a smoking saw?  Everybody knows what a smoking gun is, but smoking saw?  I Googled it... no pictures... anywhere.  Just what in hell has Lindsey been smoking?  And did he light it with a saw?  Maybe he's just talking about a saw that cuts down trees really, tremendously fast.