Going back to work today, can you hear my lower case yippee?
Yesterday was nice, a mixture of clouds and sun, the temp got up to 54 (F), so I took the dogs to the park.  That was their first time in the new car.  At first I thought I let them ride in the back seat, however upon opening the door, they both stood there and looked inside.  I ended up putting down the back seat so they could ride in the back.  The Crosstrek is much smaller than the Rogue, but they didn't seem to care.
For those who don't know, John Gray from Going Gently lost his dear William.  If you get a chance, send him your condolences, losing a pet is often as bad as losing a child.
I got a small check in the mail yesterday.  $14.14.  It's part of a Class Action Settlement against a company called JK Publications.  Evidently the settlement was actually reached in 2000 (18 years ago).  This is not the first check I've gotten from that settlement.  I get them every 2 -3 years.  Back in the 90's, JK Publications bought access to over 3 million credit card numbers from a California bank and made unauthorized charges on them.  And they got caught.  I don't remember what was on my credit card statements that far back, of course that doesn't mean I'm not going to bank the check.
Wall Street is closed today in honor of George H.  I don't know when the funeral is... maybe Thursday.  I believe he will be buried down in Texas.  Let me tell you, there is going to be stress that day.  The Idiot Jerk is supposed to be attending.  In fact, he is being forced to attend.  For a sitting president to skip the funeral of a former president would be ignorant as hell... Now, we all know, the Idiot Jerk is ignorant as hell, let's just hope he doesn't get a chance to speak.  If he does we will mostly likely get to hear how George H had problems with popularity.  In fact, the Idiot Jerk might go so far as to brag about being so much more tremendously popular than George H.  That sounds about right, doesn't it?
I set up my compost bin yesterday and dropped in the first organic matter:  coffee grounds, egg shells, and butternut squash husk.  I also threw in the butternut seeds.  I have no idea if they'll survive the winter.  If they do, my first crop of compost might include some butternut squash plants.  Now, wouldn't that be nice! 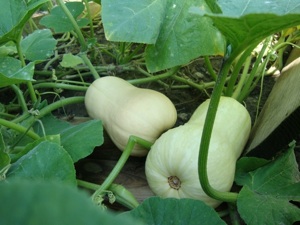