So, I went to the gym early this morning.  I've been looking for an app for my Fenex 3 HR that will let me track my routine and so far... nada.  Sure, some of them try and come off as masterpieces of workout software, but mostly they're just timers: you press a button to start the set and then press the same button to stop the set.  You can get pretty much the same thing for your phone, but when I'm at the gym my phone is in my car.  I hate carrying shit around in my hands, let alone keying in data between each set of hammer curls.  What a pain in the ass.
The hoodie guys were there this AM.  There's usually a different group there everyday.  Today there were 4 of them with their hoodies up: 4 of them, all regulars, 3 looking fit and 1 whom I shall say was... irregular.  They stay together, taking turns on the equipment, not talking, just standing there in their hoodies.  There's one who occasionally pulls his hoodie back but doesn't look around when it does so, just stands there momentarily, as though he's giving you a few seconds to admire the view.
Brookings had an interesting article yesterday regarding the life span of middle aged whites in certain areas of the country.  They are not handling globalization well at all, the end result being they are dying off from alcoholism, drug addiction, obesity, and just terribly bad health.  What was particularly striking was that, even though this was not brought up, those counties and states where these issues are really bad supported the Idiot in the White House.  Not that I should have been too surprised when I looked at the maps and saw this was happening almost exclusively in Idiotland.  While some people may disagree with me, I say that this is an outstanding example of how evolution works.  Survival of the fittest, those least likely to adapt will die off.  They get old, they get fat, they lose their teeth, and blame someone else for their misfortune.  They applaud when the Idiot talks about an apprentice program without understanding the first step is up to them - they have no idea what initiative is, let alone using it as a springboard to a better life.  They like to point fingers. 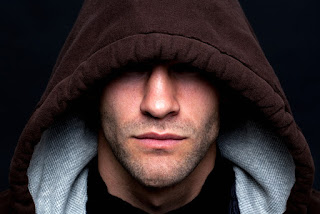