So, yesterday was my day off and, for the most part, it rained: showers and thunderstorms; which means a lot of what I had planned to to outside just did not get done.
I went to visit my Mom and while we were talking about my nephew and his girlfriend (they're having a baby) she said, "oh, but they're so young, but then I was young when I had David, and he turned out all right," at which point I said "Mom, I'm David," and she looked at me and said "oh."  My sister and I laughed about it later, at least I know she thinks I turned out all right.
And I had my teeth cleaned yesterday, unfortunately by Dr. Marinak, he's old, and fat, and retired, and die hard Republican who loves the Idiot in the White House.  Dr. Marinak is also an Idiot, and that' is only the 2nd time in the 12 years I've been going there that he's actually checked my teeth, usually it's Dr. Glossnar who's very good and, wisely enough, non-political.  To show you how much of an Idiot Dr. Marinak is, he asked "so, how much Home Depot stock do you have in your portfolio, it's doing really well?"  Responding that I didn't have any Home Depot stock in my 'portfolio' he burst out with "why not, I have it in mine."  See what I mean, Idiot.
And I also heard the news from Carrier yesterday, you know, the furnace and air conditioning company the Idiot bragged about?  Remember?  Keeping jobs in the USA?  Well, the layoffs there are starting on July 20.  That's right, Carrier is not keeping jobs and hiring for new jobs, they're laying off workers and sending jobs to Mexico where the minimum wage is $3.99 an hour. Boy, I'll bet you're glad that you don't work for Carrier, or Ford, or GM, since they all seem to be preparing to lay off workers. 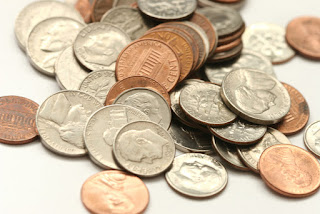 Oh, and in case you didn't know, the Senate has released their Health Care plan.  They're cutting a lot, and (surprise, surprise) also giving a tax cut to the wealthy.  Oh, and it's not like they really believe in 'trickle down economics,' the tax cuts are more of a 'I'll scratch your back if you scratch mine' campaign funding issue.  You know?  If you give a rich guy a tax break the odds are quite high he's going to contribute quite a bit to your re-election campaign.  He wants to keep you in office, and in return, you're going to have to give him another tax break.  I'm sure Dr. Marinak is a very good example.  He's not satisfied with having Home Depot stock in his portfolio, he wants his taxes to be as Republican low as possible.  It is his money, you know.  He should be able to decide how his taxes are spent.  People should be able to use his tax dollars in order to get decent health care.
Posted by Dave R at 8:47 AM