Weighing in on the GOP, boobs and all

So, I ordered a Garmin Scale yesterday which should be arriving tomorrow.  As for my Worthings' scale?  I'll probably give that away.  My biggest issue with that scale was the reliance on percentages for recording things like fat weight, water weight and muscle weight on the app.  Example:  you  have a great cardio and sweat like a pig (something I tend to do) and then you weigh yourself.  On the scale you're going to get the weight for all 3 in pounds however the app converts lbs to  % so at that point in time you water % can be lower but that's going to make either your muscle or your fat % higher.  If you're trying to build muscle and reduce fat, the only relatively clear picture you're going to get of your muscle weight is when you weigh yourself which makes the app useless.   I guess the Worthings (Nokia) scale and their app are fine if you're not really serious. 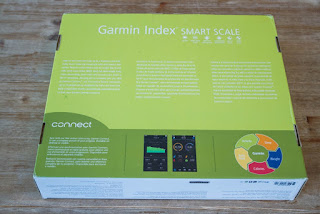 And I saw that McTurtle pulled his health disaster before letting it come to a failing vote.  Well, that was to be expected.  Brookings has a really good take on just how ugly that piece of legislature is... was.  And when those idiots come back in early in late July they're going to have to start working on the budget, which they booted way back when they didn't have enough votes to pass the wretched thing.  And if you think the Idiot in the White House and his boobs had problems with health care, wait until they try to start dancing through that field of land mines.  Can't you hear the Idiot now?  "Paul... Paul, walk over that way, see if you blow off one of your career legs... oh, and take off your shirt, if everyone's looking at your chest they might not notice you're missing one of your fiscal feet."  Just wait and see if this country doesn't run out of money.
Posted by Dave R at 9:21 AM