Halfway through the Overture

Well, the 99 cent eliptical app works - I did 47 minutes this AM burning off 513 calories.  Wonderful.
Regarding yesterday's election - in retail we say that a win is a win, no matter how small - and Karen Handel won by 9702 votes, or about 3.7%.  Checking out a number of election maps this morning, I saw that those districts giving her the win are those which are dyed deep red, and always have been.  Except for one lone district towards the southeast, they are all located in the north and northwest corners, what I like to think of as hill country.
There were a number of problems with this run-off election, with perhaps the biggest being the amount of media pressure those voters were put under.  There is no better way to make voters dig in their heals then to pin them down with thumbscrews, oh, and spend $50 million dollars.  Those 2 things alone kept this election from being fair.  Anyone who thought that the Idiot's supporters, especially ones so steeped in scarlet, were suddenly going to throw their hands up in the air wailing "mea culpa, mea culpa," should have dosed themselves with a little common sense.  In spite of all of the smoke swirling around this administration, the Idiot's supporters are going to need to get a little toasted before they start to see the light of day.  They flames are going to need to be right at their toes before they realize that their house is on fire.  Don't worry, this will happen. 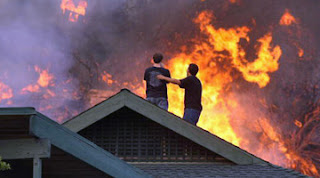 Until something goes wrong in a big way, his supporters are going to cling to their fantasy.  Even though most of us looking at this administration see corruption, they don't.  Way back when W was in the White House, we had 9/11 and his approval rating wen through the roof, it didn't take long, however, for it to start to fall.  The Idiot's approval rating is already low, believe me, it will drop.  Patience is a virtue.  Sit back and wait, we're not even halfway through the Overture.